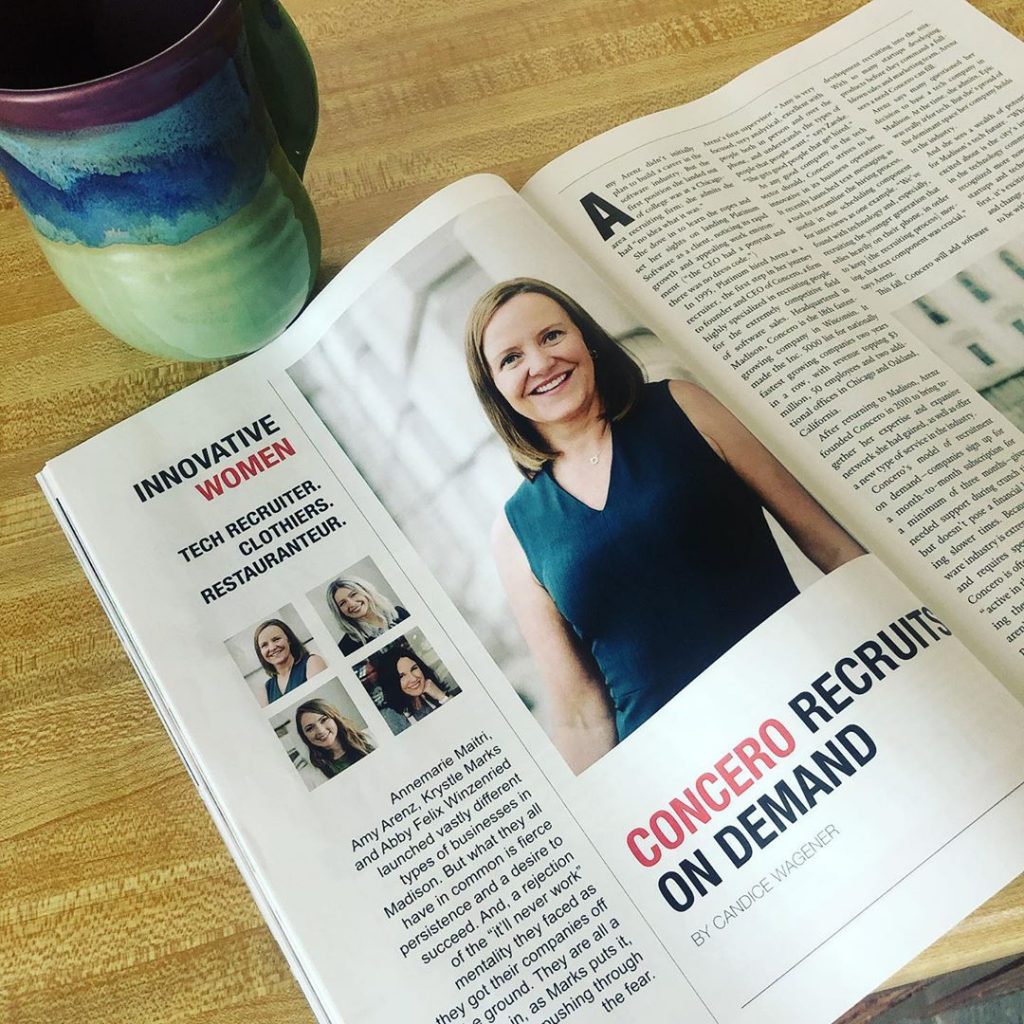 Amy Arenz didn’t initially plan to build a career in the software industry. But the first position she landed out of college was at a Chicago-area recruiting firm; she admits she had “no idea what it was.”

She dove in to learn the ropes and set her sights on landing Platinum Software as a client, noticing its rapid growth and appealing work environment (“the CEO had a ponytail and there was no dress code.”)

In 1995, Platinum hired Arenz as a recruiter, the first step in her journey to founder and CEO of Concero, a firm highly specialized in recruiting people for the extremely competitive field of software sales. Headquartered in Madison, Concero is the 18th fastest-growing company in Wisconsin. It made the Inc. 5000 list for nationally fastest growing companies two years in a row, with revenue topping $3 million, 50 employees and two additional offices in Chicago and Oakland, California.

After returning to Madison, Arenz founded Concero in 2010 to bring together her expertise and expansive network she had gained, as well as offer a new type of service in the industry.

Concero’s model of recruitment on demand—companies sign up for a month-to-month subscription for a minimum of three months—gives needed support during crunch times but doesn’t pose a financial hit during slower times. Because the software industry is extremely competitive and requires specialized knowledge, Concero is often recruiting employees “active in the passive market,” meaning they are recruiting people who aren’t even job hunting into a new position within four weeks.

Arenz has always been a highly-skilled people person, according to Fred Zaeske, former vice president of recruiting at Platinum Software and Arenz’s first supervisor. “Amy is very focused, very analytical, excellent with people both in person and over the phone, and understands the types of people that people want,” says Zaeske. “She gets good people that get hired.”

As any good company in the tech sector should, Concero strives to be innovative in its business operations. It recently launched text messaging as a tool to streamline the hiring process, useful in the scheduling component for interviews as one example. “We’ve found with technology and, especially, recruiting the younger generation that relies heavily on their phone, in order to keep [the recruiting process] mov- ing, that text component was crucial,” says Arenz.

This fall, Concero will add software development recruiting into the mix. With so many startups developing products before they command a full-blown sales and marketing team, Arenz sees a need Concero can fill.

Arenz says many questioned her decision to base a tech company in Madison. At the time, she admits, Epic was really it for tech. But she’s proud of the dominant space her company holds in the industry.

And she sees a wealth of potential for Madison’s tech future. “What I’m excited about is the city’s investment in the technology community; we’re recognized more now as a place for startups and technology. Being here first, it’s exciting to see Madison grow and change…this feels like a good place to be with the business.” 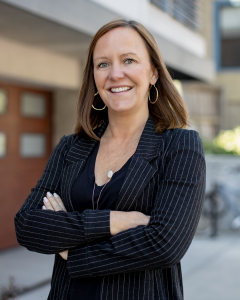 How To Find The Perfect Recruiting Partner In The Software Industry

What Lies Ahead: 3 Trend Predictions For The Next Decade Of Recruiting